Review by Will Allen, Film Director of the Documentary: HOLY HELL

“What can I say? As the director of the film Holy Hell, I am proud to say that Radhia is super talented, insightful, politically savvy and ferocious in her humor… and I would expect nothing less. I really enjoyed her story from beginning to end. Somethings even I did not know!! I highly recommend her audiobook version because you really get to hear the tone in which Radhia delivers for thoughts. It’s compassionate and empathetic – and a great accompaniment to my film which was only able to touch upon certain aspects of narcissism, leaders in power, and that ugly word, “brainwashing”. Thank you Radhia for writing such a sensitive expose of not only your life, but the comparisons to our current political system – also a product of people tuning into only ‘One source’ of information, and “tuning out” the entire world news as a whole! You all know who you are. Don’t make me name you, because you know I will.

“Thank you again for your hard work on creating an entertaining book that should be read by everybody trying to understand why and how America can stand so Divided.” — Will Allen, Director HOLY HELL (Sundance Film Festival & Netflix named Holy Hell one of their top ten documentaries. Watch it now on Amazon Prime.) 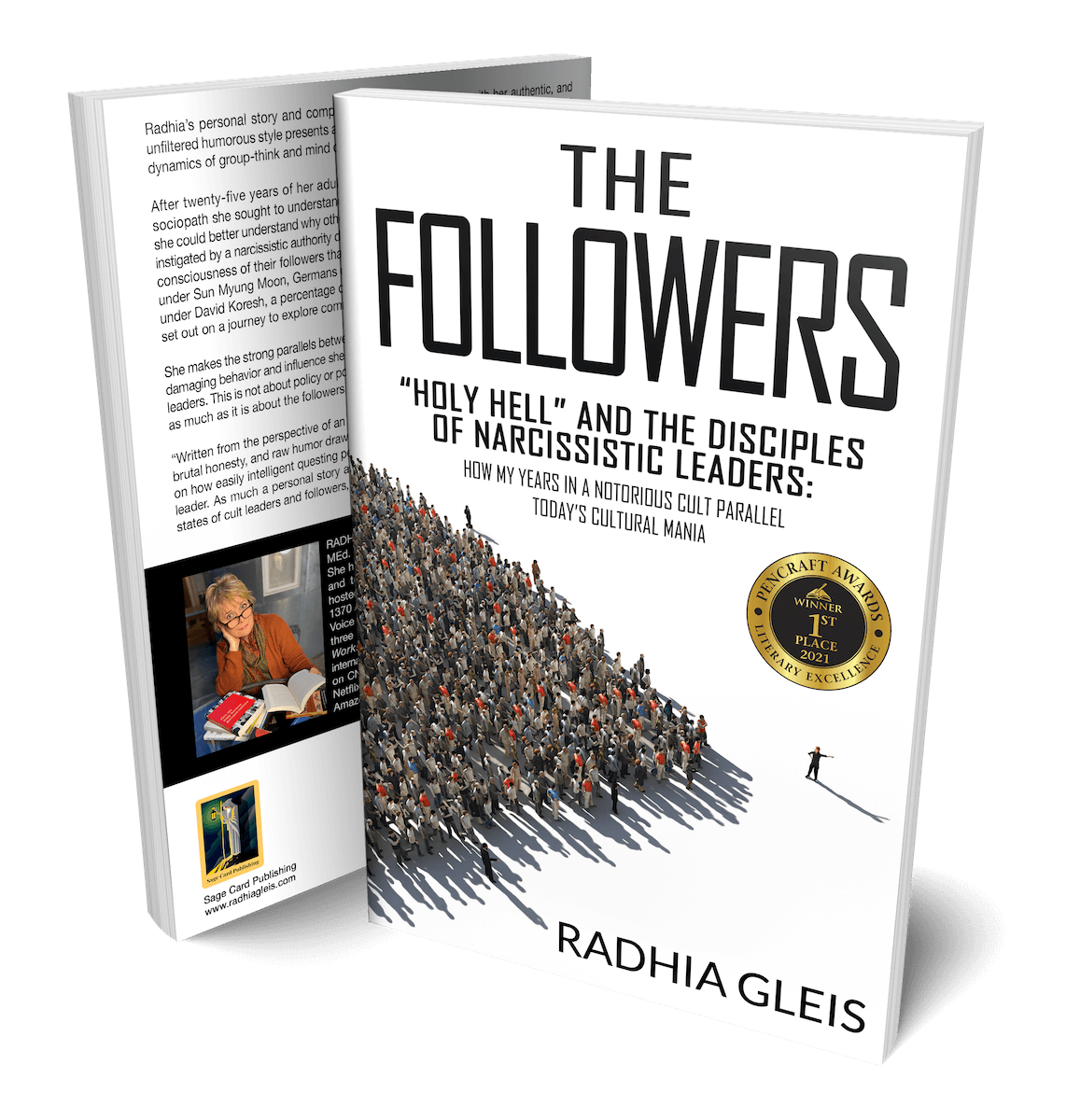 Radhia’s new book The Followers: “Holy Hell” and the Disciples of Narcissistic Leaders — How My Years in a Notorious Cult Parallel Today’s Cultural Mania is now available at your favorite online retailer.